It’s December 1993. I’m twenty years old and I’m thinking about the future of my life. The question before me is simple: Do I pursue music as a career, or do I listen to the insistent voices of my elders asking me to choose a safer path through the world? To quote Jeanette Winterson, “Why be happy when you can be normal?”

At this point in my life I had been making music for over ten years. An average of twenty-five hours of practice per week, totaling over 10,000 hours (at least), exceeding the fabled requirement for “mastering a skill”.

In fact, I’d gotten so good on the guitar that it was almost like becoming fluent in a language, especially considering the young age at which those “words” entered my resilient, fantastical brain. My hands would reflexively reach for the right notes. I loved to improvise, with myself and with other musicians, and my connection to the arts was fulfilling on a deeply spiritual level. Practicing four to eight hours a day turns out to be very similar to meditation.

The influence of the “hamster wheel in our mind” has no effect in the flow state, and learning this type of depth focus as a child has had a profound and lasting positive impact on my mental state. To this day, getting into a state of flow requires nothing more than a guitar, five minutes and a chair.

And when there’s no guitar around, I just imagine playing one, as I often do in waiting rooms and at parties.

So why should I, at the age of twenty, consider breaking away from the enchanting and soul-filling world of music? Why would I consider giving up a future where my career and work could be making music full time? Wasn’t that my dream?

The reason I even considered taking a different path was because there were influential people in my life who I respected and who feared for me. Who wouldn’t want to see me fight in life. Who might have seen how others tried and failed to make a living doing something they loved, only to live in poverty and eventually die?

Do you know what the opposite of love is? It’s not hate. It’s not apathy either, although that’s closer to the truth. The opposite of love is fear, and it seemed like both of my choices could be better understood through that lens. My choices weren’t about music versus practicality or dreams versus reality; They were between love and fear.

And that brings us to a moment in our lives, maybe several moments, when we’re very lucky, when we have to make our leaps of faith.

Be careful not to jump

What is a Leap of Faith? I think whenever we prioritize love over fear, we take a leap of faith, because to love something is to become both acutely vulnerable and immeasurably strong. It’s quite paradoxical, isn’t it: becoming vulnerable and yet… strong. It sounds like a paradox until we look at what vulnerability actually means.

I won’t dare go to Brené-Brown-town for you here, for she has written brilliantly on the subject, but I will say that to be vulnerable is simply to have courage. When we are vulnerable, we choose to be brave in the face of fear.

To love is to have courage. Even though it may seem like we love “something” or “someone,” actually when we love, we’re telling ourselves, “I love myself enough to lay claim to love.” I mean, that’s one brave thing! Pick that big, fat, juicy apple from the tree and choose love.

Get a puppy. Yes, it will die one day and you will face a black hole of sorrow and despair. But have courage, friend, and don’t let the inevitable forces of change inherent in nature keep you from loving something.

The waves go up and down. Here’s how it works. The only way to protect yourself from heartache is to lock yourself in a box and never answer the door or the phone. But that’s not life, is it?

Courage is one of the “C-words” praised by therapists and sages. Some other “C-Words” are: compassion, curiosity, creativity, connection, trust, clarity, and calm. Taken together, they describe someone living at their optimal human potential, and certain amounts of each are available to us at any given time.

My twenty-year-old self had a lot of courage, creativity, confidence, curiosity, clarity, and calm (although I was an extremely empathetic and sensitive child, it would take me many years to understand what compassion is).

For the elders around me, guiding me to the best of their ability, her courage was not so readily available. I think they wanted what was best for me, but their judgment was bound by the limits of their own ability to suffer. For them it was a sensible decision, an acceptable compromise: “Choose security, for God’s sake, you need money! Don’t become homeless and penniless like Uncle Frank!”

A good question to ask ourselves when faced with a difficult decision is, “What would it be like if I was motivated only by love and not fear?” Twenty-year-old I wasn’t exactly thinking in those words, but I acted like love was the only acceptable path ahead of me.

It was indeed the only road ahead of me – until I was told it was a dangerous road, full of danger and heartache, sorrow and despair. Losing hope, everyone tuning her a guitar. And that meant I had to make a choice.

It’s thirty years later. Typing this makes me want to cry. How was it thirty years? I’m dying to go back and see the world again as the wave moves upwards without yet having peaked. The things we think about when we’re fifty are so different than when we were twenty, and yet life has proven to be basically high school repeating itself. It’s still hard to talk to girls and I’m not cool yet.

Every day is a chance to move closer to fully settling into ourselves, and yet who does that? Are we just waiting for permission?

Well, if you’re waiting for permission, consider it granted. Because I chose music and have been a professional musician for twenty-five years.

I have toured and recorded with artists such as kd lang, Sheryl Crow, Beck, Dwight Yoakam, The Dixie Chicks and many others. I stood on stage in front of 100,000 people. I met Sir Paul McCartney in the Tonight Show’s bathroom (he slapped my arm pretty hard). I shook Sir Elton John’s fleshy, blinding paw backstage at a show, asked Neil Young to turn down his car radio, and turned down a joint from Willie Nelson.

I have traveled the world many times, seen the never-setting summer sun of Oslo at the solstice, drank absinthe in the lilac dawns of the Swiss mountains and made lifelong friends from far-off lands. My life has been a remarkable mix of joy and exploding heartbreak, and that’s because I chose love. I chose the unknown to love and hurt and be vulnerable.

I took the leap of faith and learned something interesting about the world. All along I thought it was a choice between love and fear, but it’s not at all. You choose both.

Whoever you are, whatever you are, you are a part of nature and subject to the same laws as a tree, the sun and the planets, and that means you will always rise and fall again and again. Either way, you will go down sometimes, so why not go down with something you love?

We meet there. bring cheese.

For the next 8 days you can get Joshua’s Creative Music Theory Foundation course at an amazing discount in the Best You, Best Life Bundle Sale. This program will help you overcome the fear-based obstacles that have limited your creative potential in the past and teach you to write and improvise your own music

The bundle features 18 life-changing online tools bundled together at 95% off for a limited time! It’s a comprehensive set of resources for Peace, Healing, Self-Esteem, Emotional Resilience, Purposefulness, Creativity, and more! Learn more here.

We meet there. bring cheese. Joshua Grange is a touring and studio musician, record producer and songwriter for legendary artists kd lang, Lucinda Williams, Beck, Dwight Yoakam, Sheryl Crow, The Dixie Chicks and many others. His unique music education site, The Echo Guild, teaches people to unleash their creative potential by harnessing their greatest asset – their individuality. His new course: Creative Music Theory I teaches everyone to write and improvise their own unique music. For your free creativity pack, visit theechoguild.com. 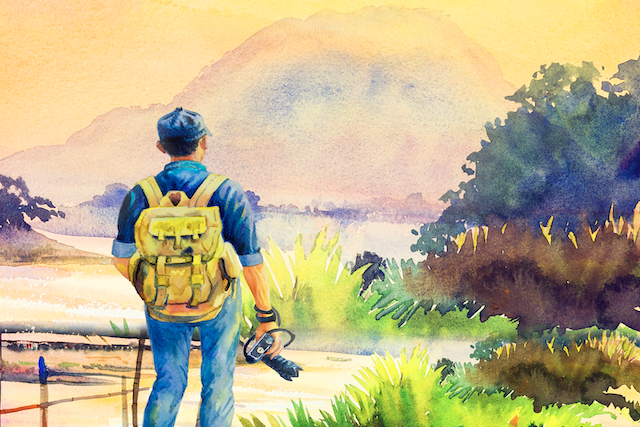 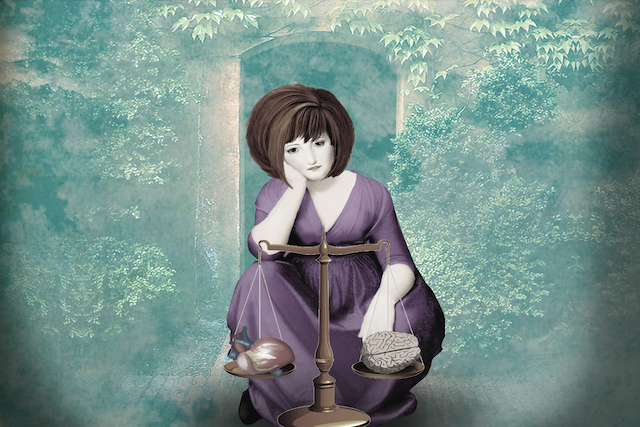 Why I didn’t trust myself to make decisions (and what if everything is fine?)